You don’t need to be a trucker to know about the controversial state of fuel prices in America. A sharp increase in gas prices has prompted much outrage, controversy, and overall difficulty for a wide demographic of people, however, there’s no doubt that the trucking industry has been hit among the hardest. In what are certainly difficult times, especially when it comes to budgeting and financial planning, truckers have had to actively seek out solutions to the problems at hand. In today’s blog, we’ll be taking a look at how truckers across America have responded to the recent yet stern rise in gas prices. If that sounds interesting, keep reading below for more information!

The State of Fuel Prices

According to AAA, as of Thursday, March 24, the average cost for a gallon of standard gas sat at $4.236, while an average gallon of diesel was $5.053 – both of these numbers may be staggering for drivers and truckers alike. Though fuel prices can obviously vary from station to station, reports in some places have been nothing short of shocking, particularly in that of Los Angeles County, where drivers are faced with a record-high $6.011 for an average gallon of gas.

The crisis can be attributed to a number of causes, though many would point to the effects of the COVID-19 pandemic and the ongoing Russian-Ukraine conflict, which has made for sizable economic consequences.

In the face of immensely high gas prices, many truckers have had to readjust themselves and compromise to cope with the circumstances. “If prices stay this way, a lot of people will be out of business,” one truck driver, William Lytle said to CBS News. “It digs into your profit.” Many truck drivers and personnel in the trucking industry agree that smaller businesses will almost certainly be hit the hardest, a sentiment that was affirmed by Grant Goodale, co-founder of the digital freight network Convoy. “On average, the rates for truckers are not increasing as rapidly as fuel prices are increasing and that’s, what’s putting the squeeze on the small carriers in this nation”, he said to Yahoo Finance.

AWA operates on a contingency fee basis, meaning, if we cannot collect, you owe us nothing. If you have unpaid freight invoices and are not sure what to do next, call 662-892-8591 to speak with one of AWA’s client specialists today or Place a Direct Claim Today

For more information on our agency practices and methods, view our AWA Collection Process 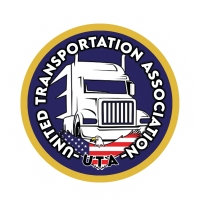 Do Not Sell My Personal Data